The 23-race 2021 Formula 1 season begins this Sunday at the Gulf Air Bahrain Grand Prix in Sakhir, Bahrain. After months of pre-season work for the 10 teams, this is the start of the drivers’ and the constructors’ championship.

Apart from some rebranding, the 2021 teams are unchanged from 2020. Renault is now known as Alpine, and Racing Point is transformed into Aston Martin.

The same cannot be said for this season’s drivers. Only Mercedes, who Betway Sports have at odds of 1.33 to win the 2021 constructors championship, Alfa Romeo Racing, and Williams have the same driver pairings as they had last year. The rest were involved in a game of musical chairs. Twelve kept their seats, four moved to other seats, four lost or left their seats so of course, four seats have new drivers.

Sir Lewis Hamilton, seven times world drivers’ champion, including four times in a row from 2017-2020, and Valtteri Bottas, who finished second to Hamilton last season, are again paired together. They are primed to deliver Mercedes with an eighth consecutive world constructors’ championship title.

Max Verstappen, who finished third in the drivers’ championship last season, is joined by former Racing Point driver Sergio Perez, who finished fourth in the 2020 Championship. Alex Albon, who partnered with Verstappen the previous season, stays on with Red Bull as their reserve and development driver. On paper, Red Bull Racing appears to be Mercedes’ most serious challengers.

Thirty-nine-year-old Spanish racing driver Fernando Alonso rejoins F1 after two years away from the sport. He spent his time competing in other motorsport events such as the FIA World Endurance Championship, 24 Hours of Le Mans, and IndyCar. Despite a recent cycling accident, his confidence is sky-high. He returns to the team where he won his 2005 and 2006 world drivers’ championship titles – under the Renault banner. His teammate for the season is Estaban Ocon, who finished 12th last season, seven places lower than former teammate Daniel Ricciardo who moved to McLaren for 2021. 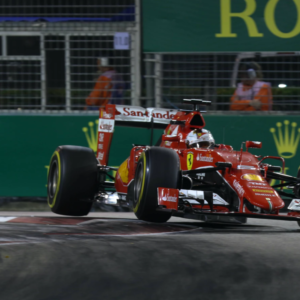 Charles Leclerc outshone his more experienced teammate last year, finishing five places above and 65 points ahead of Sebastian Vettel. Leclerc will want to inspire the only team that has competed every season since the world championship began to improve upon its lacklustre 2020 season. Carlos Sainz, who finished sixth with Renault last season, joins Leclerc at Ferrari.

Frenchman Pierre Gasly, after a respectable 10th place on the 2020 driver standings, including a maiden at the Italian Grand Prix at Monza, must be looking forward to the 2021 season. He is joined by 21-year-old rookie driver Yuki Tsunoda from Japan. The speedy Tsunoda enjoyed an impressive debut F2 campaign last year, finishing third in the championship, picking up three wins along the way. Former AlphaTauri driver Daniil Kvyat moved to the Alpine team as their reserve driver for 2021.

After a disappointing 2020 season, where Kimi Räikkönen and Antonio Giovinazzi amassed just eight points between them, the team have retained the same driver lineup but will be hoping for better this year.

Unable to change their downward performance trajectory from 2019 into 2020, the team finished ninth in the table, as Romain Grosjean and Kevin Magnussen could only score three points between them in their final season. This year, the fresh faces of Mick Schumacher (son of legendary driver, Michael) and Nikita Mazepin bring confidence and form to the team. Schumacher clinched the 2020 F2 title, and Mazepin claimed fifth place in last year’s F2 standings.

In another unchanged pairing from last season, George Russell and Nicholas Latifi will only have to score one point between them, to improve their performance in 2020. Russell apparently has ambitions about driving for Mercedes and in that case, he will have to start accumulating points for new CEO Jost Capito and owners, American private investment firm Dorilton Capital.

The season is about to start. The cars will soon be on the grid, waiting for the five red lights to be illuminated, one by one. After a brief pause, the red lights are extinguished, and it’s ‘go go go.’