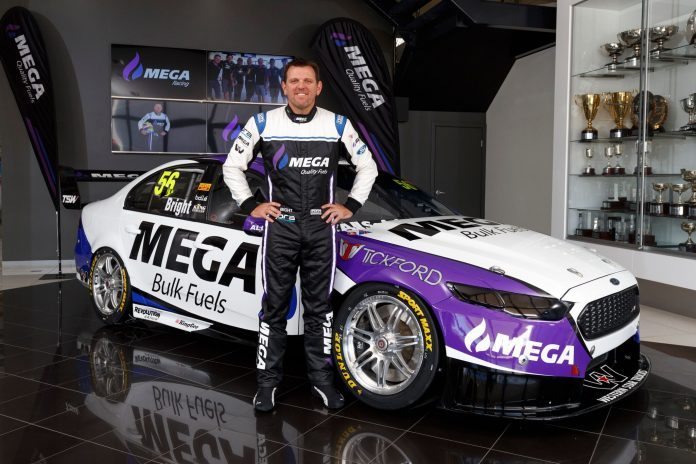 Jason Bright had his first taste of the Prodrive Racing team today and he was surprised by the lack of difference between the 2016 and 2017 tyres.

Running a mixture of new and old construction of Dunlop’s new control tyre throughout the day, a significant amount of time was spent on setup and changes for all cars as they ran through their individual programs, but Brighty says there is still a lot to learn….

“It was a good day. Sydney Motorsport Park is a difficult track in the sense that you go through tyres pretty quickly so it’s hard to get a good read on the car but it was good to drive the car at a different circuit, a high-speed circuit,” said Bright. “The new tyres don’t seem to have had that big an impact yet. I’m pretty happy with the car, pretty happy with how the day went, we didn’t have any dramas so I’m looking forward to Adelaide.”

Prodrive Racing’s Chaz Mostert spent extended periods of time in the garage in the afternoon session of today’s official testing day at the Sydney Motorsport Park and it was time well spent as he ended up claiming the fourth fastest time for the day after a last-minute run on the super soft tyre.

“Chaz obviously had a pretty good time at the end there. I don’t think there’s too much wrong with the car,” Brighty added. “There’s certainly a few different things driving these cars compared to where I’ve been that I’ve got to get used to particularly for qualifying.”

Teammates Mark Winterbottom and Cameron Waters did not complete a final flying lap on the super soft tyre due to their setup program, with Waters also taking the day to iron out minor concerns with the car ahead of the Clipsal 500.

The team also took the chance to practice pit stops mid-way through the day in preparation for the season-opening event, with the team now prepared to take on the streets of Adelaide.