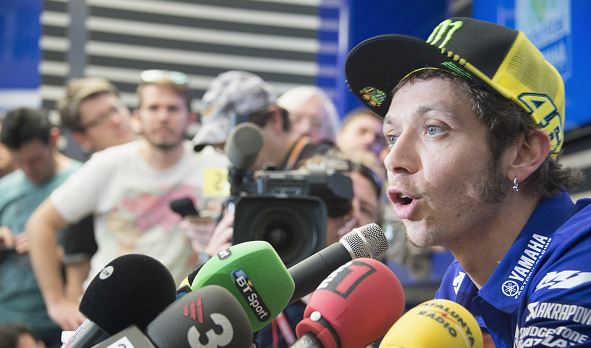 Valentino Rossi will officially start Sunday's final race of the season from the back of the grid after his appeal was dismissed.

Rossi was handed a penalty by the MotoGP race direction for his clash with Marc Marquez during the Malaysian Grand Prix, sending him to last place on the grid for the start of the final race.

Yamaha had their initial appeal rejected, before Rossi himself attempted to have his penalty overturned by launching an appeal to the Court of Arbitration for Sport.

However, CAS rejected his appeal, meaning he will have his hands full to win the title, given he is only seven points clear of second place Jorge Lorenzo in the Championship race.