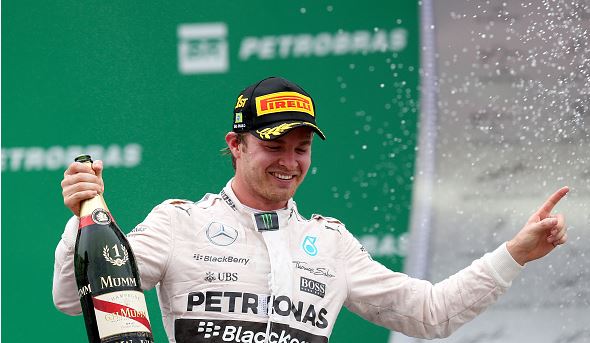 Nico Rosberg sealed his place as runner-up in this year’s Formula One world championship when he won the Brazilian Grand Prix ahead of Lewis Hamilton and Sebastian Vettel.

It was the 30-year-old German’s second consecutive triumph following his Mexico triumph two weeks ago.

Starting from his fifth consecutive pole position, Rosberg made a flawless start and controlled the race from the front, relinquishing the lead only when he pitted three times, while Hamilton chased and challenged in vain.

Rosberg repeated his Brazilian win of 2014 with a near-textbook drive that gave Hamilton little chance to make his superior race speed count before he settled for second and came home 7.7 seconds behind his team-mate.