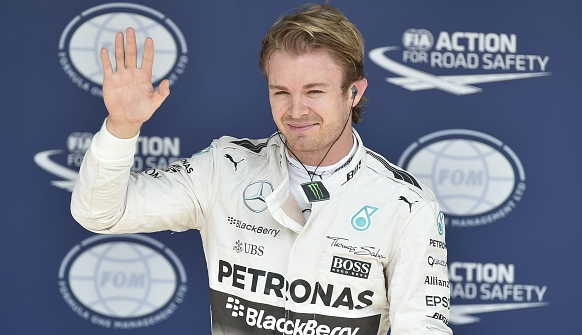 Nico Rosberg has notched his fifth pole position in a row at the Brazilian Grand Prix.

Rosberg went round the track in 1 minute 11.282 seconds, with Lewis Hamilton in second and Sebastian Vettel in third.

It is yet another one-two start for Mercedes, who have already clinched up the constructors championship, with one race to go in the season.

Rosberg will be hoping to seal second place in the season ending rankings, with teammate Lewis Hamilton already having claimed the season title.