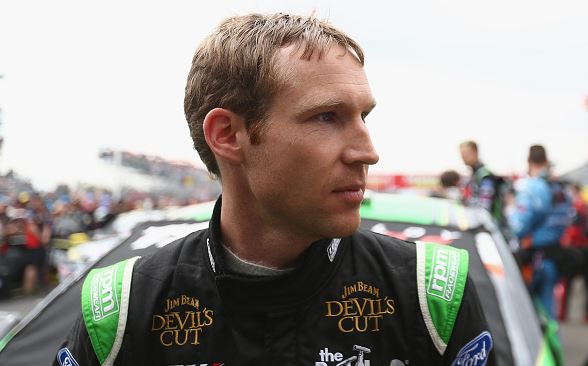 David Reynolds could be sitting on the V8 Supercars sidelines in 2016.

Despite an impressive showing in this year’s touring car title fight, where he sits third with the potential to take up the slack from Chaz Mostert’s Bathurst smash for a Falcon 1-2, there is no place for him on the Prodrive Ford roster next year.

Waiting for a potential renewal of his Bottle-O contract has cost him dearly, as youngster Cam Waters is set to drive the Kermit green Falcon next year and all the plum seats have already been filled for 2016.

Reynolds was originally looking good for a Commodore swap into Brad Jones Racing, but when he delayed his decision the team swooped instead on Tim Slade who was left without a backer at Walkinshaw Racing when Supercheap Auto decided to splash its colours on Mark Winterbottom’s Falcon — a certainty now to be wearing Number 1 — from 2016.