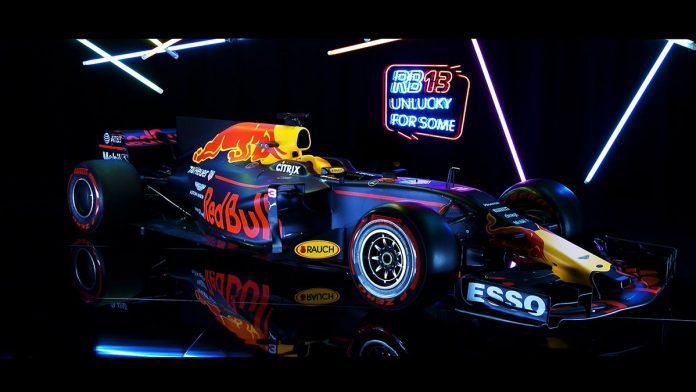 The all new RB13 (unlucky for some) was proudly unveiled at the Barcelona Circuit in Spain on Sunday with the stunning livery very similar to the one from 2016, but striking regardless.
Both drivers were proudly on hand to reveal their new challenger to the awaiting media

"I've missed race weekends, the F1 circus," Daniel Ricciardo said. "We got to the end of the season and it was like 'I'm done with this for a while – give me a holiday', but now we're coming up to the start of the year and I'm hungry for that again. Everyone's posting videos and photos of their training in the off-season but now let's do our talking on the track and see what happens!"
The new car was revealed just in time for the start of the first preseason test which gets under way on the Circuit de Catalonia later today and the team wont waste any time getting it on track, something Max Verstappen has been busy working towards….

"The first couple of test weeks you will feel a bit sore,” he explained. “You can train as much as you want, you can get a lot stronger but always the first time you jump in the car you get a stiff neck. You just have to deal with it and hopefully for the rest of the season it will be good enough."