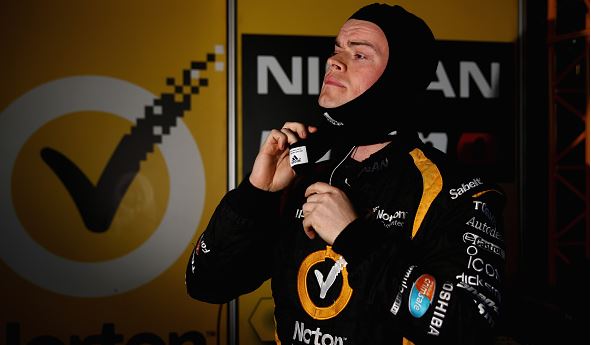 Nissan Motorsport and James Moffat are parting ways at the end of the 2015 V8 Supercars season, with the second-generation star set to join a yet-to-be-named rival team.

The 31-year-old has raced for Nissan since they rejoined the sport in 2013, taking the marque’s maiden win on return at Winton in 2013, its first pole position in 2014 at Ipswich, and scoring an upset podium finish in last year’s Bathurst 1000 with Taz Douglas.

However, Nissan announced his departure in a brief statement, confirming that Moffat was leaving the team “to pursue a driving opportunity with another team.”

“We thank James for his efforts over the past three seasons,” team principal Todd Kelly said.

“Since joining Nissan Motorsport at the start of the 2013 season, James has achieved the best results of his V8 Supercars career.

“The team and James are both committed to working together to achieve the best possible results at the final four events of this season.”