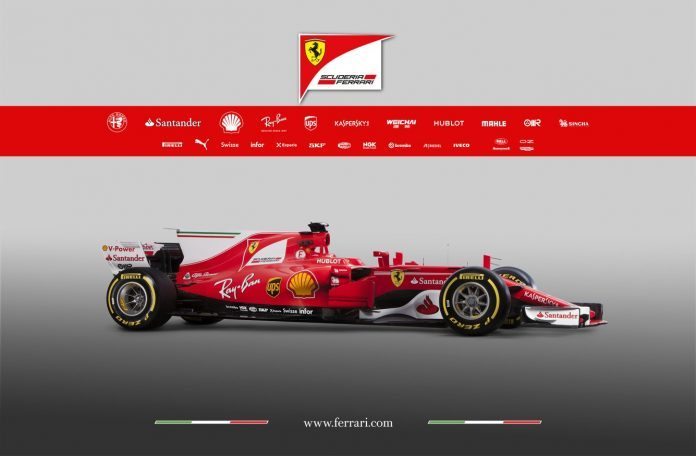 The new 2017 Ferrari, the SF70H was unveiled in Maranello this morning with the team’s driver, Sebastien Vettel and kimi Raikkonen standing proudly by.

The 63rd single-seater designed and built by Scuderia Ferrari to take part in the Formula 1 World Championship is born out of a regulation change that is without precedent in this category of motor sport. Generally, in the past, regulations went in the direction of slowing down the cars. However, this year, the rule changes go in the opposite direction, meaning the cars have more aerodynamic downforce and more mechanical grip.

On this topic, the Gestione Sportiva group has concentrated its efforts on finding the right compromise between downforce and aerodynamic resistance, or drag. The new Pirelli tyres are much wider than in the past, by 6 centimetres each at the front and 8 at the rear.

This increased frontal area constitutes a “brake” on forward motion as does the increased downforce coming from the 2017 specification front wing, floor and diffuser. Countering this effect, the combination of downforce and the bigger footprint from the tyres translates into increased grip, leading to higher cornering speeds.

This is the fifth car launch this week, with another to come later today, one tomorrow and three on Sunday.