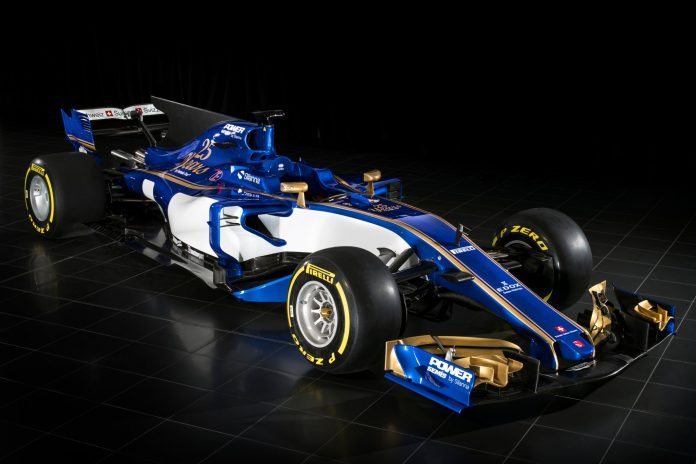 The first 2017 Formula One cars was unveiled this morning (European time) with the Sauberf1 team releasing images of their new car, the Sauber C36-Ferrari.

The team is celebrating 25 years in Formula One today and the unveiling of their new car brings fresh hope for a stronger 2017 championship.

While the Hinwil based squad didn’t have an official launch as such, the team released pics of the new car in all it’s stunning glory.

It features more white than last years car, but the striking blue tones remain with a stunning gold front wing.