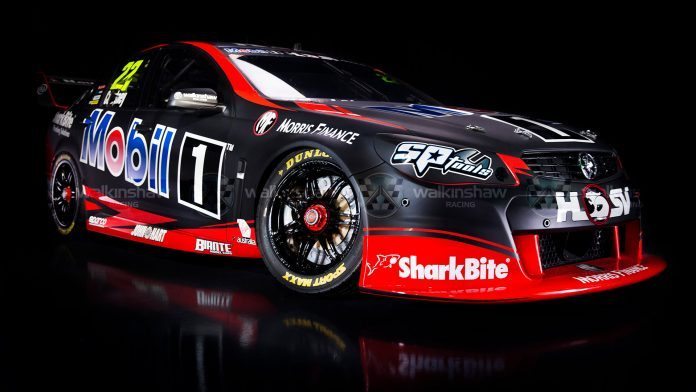 Following on from Red Bull Holden Racing’s launch of their new cars, Walkinshaw Racing has revealed their new look and name as Mobil 1 and Holden Special Vehicles unite to share the naming rights of the new Walkinshaw team that will now be known as Mobil1 HSV Racing Team.

The new car launch signals the start of a brand new chapter in the team’s history books and even though it may have a new look and name, the passion behind the team remains as strong as ever….

“We have two of the most recognisable and longstanding partners in the sport – Mobil 1 and HSV, who have come together as the naming rights sponsors of our new team,” said team boss Ryan Walkinshaw. “Together with the extensive expertise in the Walkinshaw garage, we believe we are in a perfect position to kick-start our new chapter.”

The new team will share the major branding positions of the car through a rotational partnership model that delivers a range of unique liveries throughout the season including the launch livery presented today.

“Today I am proud to reveal our stunning launch livery which features Mobil 1 and HSV branding.”