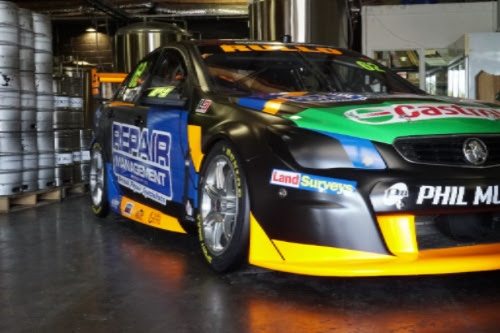 Young Alex Rullo will be sporting a brand new livery for his debut race in the Supercars Championship, with Phil Munday’s Repair Management Australia on- board for this weekend’s Clipsal 500 in Adelaide.

“Having RMA and Phil (Munday) on the car for another year is an exciting opportunity and I feel there will be more to come,” said Rullo.

“I love the design! I love how loud the orange is, I just hope I can hear my engineer on track,” he said.

The smash repair specialist has continued his ongoing partnership with the LDM team into 2017, saying it has been an adventure working alongside the team through the thrills and spills since jumping on board in 2012.

“It feels great to have watched Lucas develop as a leader of his team over the years,” said RMA owner, Munday. “He (Lucas) is a great bloke and I’m very proud of how he has managed to learn and adapt to different circumstances. I know that there is some criticism around Alex’s age, but it is an absolute honor to have such a young and enthusiastic driver with such great talent.”

“Instead of criticizing I am more than prepared to back him in his debut, as it is great to promote such young talent coming through the V8 Supercar family.”

Lucas Dumbrell Motorsport will be completing their 100th Race start at the Clipsal 500 this coming weekend.