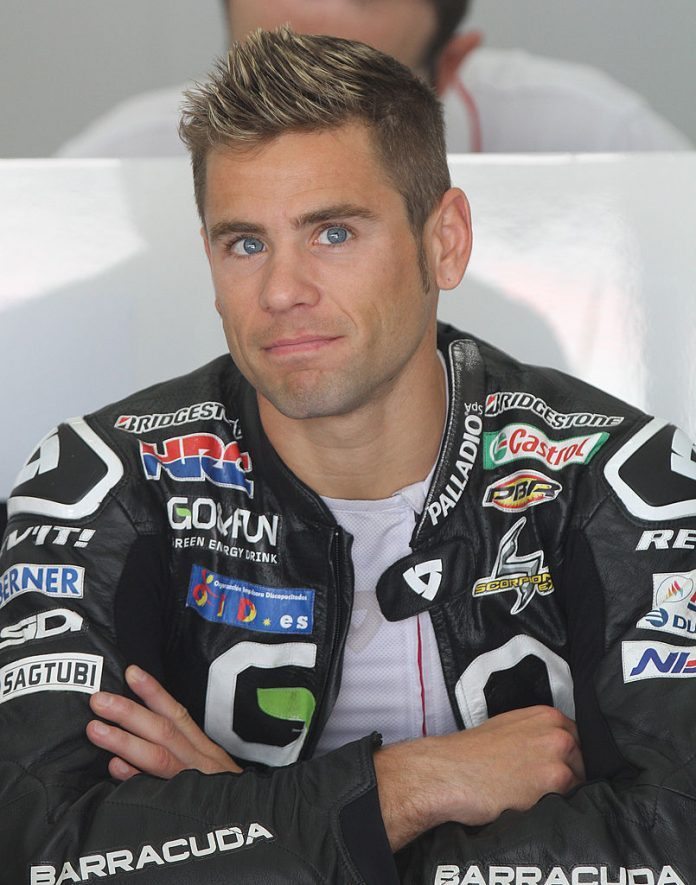 About:
Alvaro is a former 125cc World Champion who moved into the MotoGP class in 2010 with Suzuki. He was there for two seasons before making the move to Gresini Racing in 2012 where he remained for the next three seasons. Originally running with Honda power, Bautista remained with the team when they switched to Aprilia.

He hasn’t always had it easy in fact during practice or the season opening race in Qatar, he crashed at turn 15 and suffered a broken left femur. While his results could have been a lot stronger, Alvaro has the tendency to crash quite often and usually from a strong position. He achieved his first pole position at the British Grand Prix, however he was unable to hold the lead and eventually finished fourth.

An accident at the start of the 2012 Dutch Grand Prix saw him take out then leader, Jorge Lorenzo, causing the then championship leader to lose his lead and caused Yamaha to lodge a co,mplaint. This saw Bautista with a grid drop for the following race, seeing him start from last at the German GP.
Thankfully he had some good results later in the season, including his first ever podium at Misano, followed by another at Motegi.

He continued with Gresini in 2013 were he had a reasonably good season to finish sixth overall in the championship. Crashes followed in the opening three rounds of 2014 but he claimed another podium with a third place in France.
2015 wasn’t a strong season with 2016 a little stronger, but still nothing to write home about.

Supercars: Newcastle 500 likely to be postponed on Monday