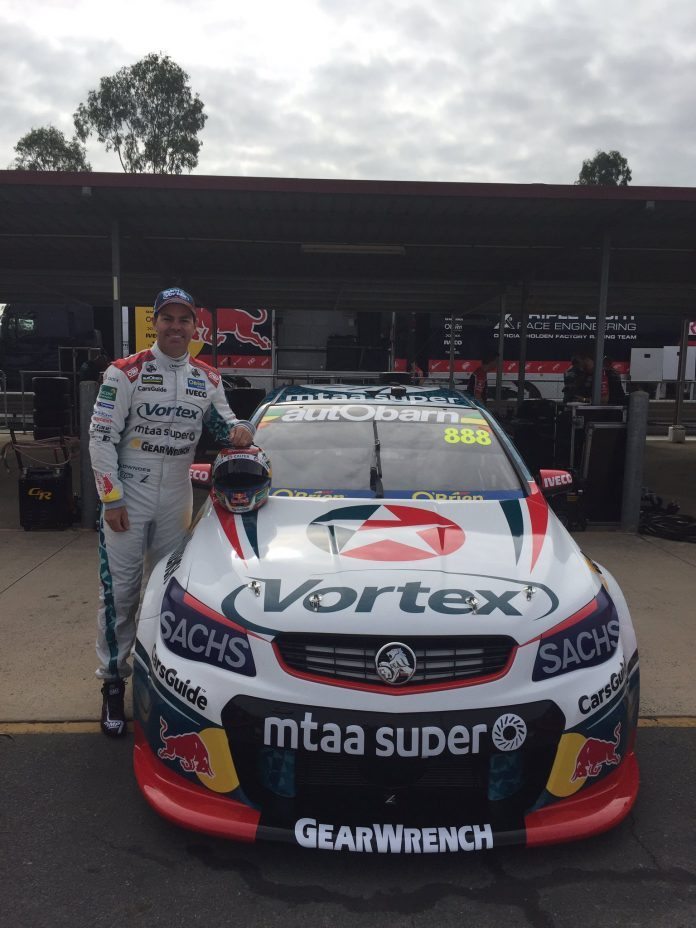 Despite not finishing in the top three, Team Vortex river Craig Lowndes is confident that his 888 contender will get him where he needs to be here tomorrow around the Symmons Plains Raceway in Tasmania.

"In practice one we had a decent run," said Lowndesy. "We came here with some decent practice tyres and we worked on a set of changes, which proved to be good.”

While the day started off good, a leak in the steering rack saw the smiling V8 veteran forced to sit out part of the session leaving it till the last minute to try out the supoer soft Dunlop rubber.

"We were going to do a simulated qualifying run, but unfortunately we had a steering rack leak, which put us out of the last eight minutes or so of the session."

Once his issues were resolved, Craig’s laptimes were fast and consistent, giving him confidence that they will be right upo there tomorrow.

"Then practice two was really good, it went to plan," he continued. "We did a race run, which was really consistent, so we're really happy with the way the car was performing there.”

"Right at the end we tried to do a qualifying run, which was good. We didn't time it that well with the traffic, but to be able to put it in the top 10 was really good and we've got something to work on for tomorrow."