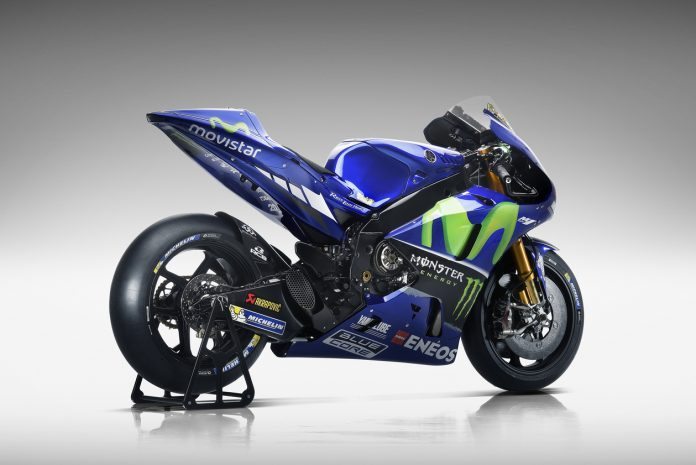 After testing the bike last November, the young Spaniard is keen to get back out on track with the new bike, that was launched last week, to see just where they stand competition wise, however he knows that there isn’t much doubt that it will be at the front of the field once again.

“After the test in Valencia and Malaysia I got off the bike feeling very happy because I was on the level I wanted to be at. The whole Movistar Yamaha MotoGP Team can‘t wait to start the season because we know we can be at a 100% level and compete at the front.”

“We revealed the bike and it looks beautiful, I wish I could start riding it right now! When I was a kid, I used to watch Valentino riding his M1 and now I‘m here at the team launch, it‘s like a dream come true! I‘m so happy and motivated and I‘m ready to give it my all.”

He was also very impressed by the warm reception he has received by everyone at Yamaha….

“ I want to thank Yamaha, Movistar and of course the team. They have welcomed me very warmly, so it is a great start to the season already. Honestly speaking, I was quite surprised by the family-feel, because on the outside you see a very serious and professional team, but as soon as I went inside the box I felt incredible. I‘m really pleased to be here, at Telefónica Headquarters in Madrid, and thanks to everyone for coming to support us. It‘s going to be a great year!”