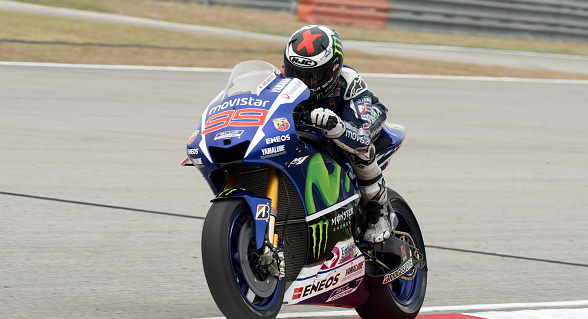 Deploying extreme lean cornering techniques, the 28-year-old Lorenzo was 0.669sec ahead of team-mate Rossi, the championship leader who hopes to win his 10th career world title in Sunday’s Malaysian GP at Sepang.

Challenging closely were Honda riders -- Spain’s Dani Pedrosa was second quickest, at 0.047sec off the pace — while team-mate and defending world champion Marc Marquez, who won in Sepang last year, was third fastest at 2:00.472.

‘I’m in fear of losing it’: Ricciardo’s shock admission as he...

Chinese Grand Prix to be dropped for fourth year straight as...