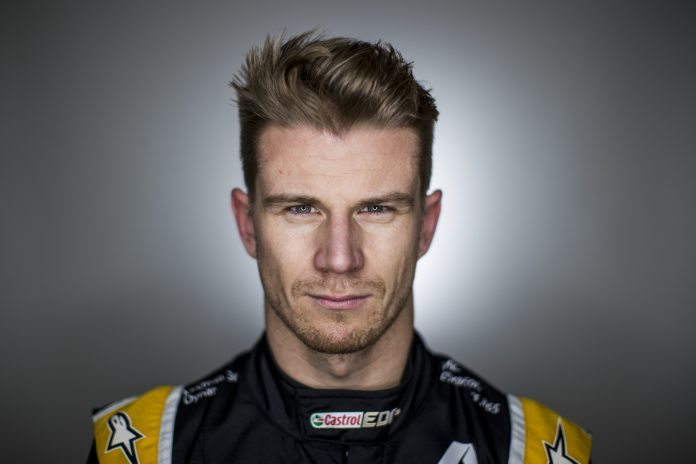 Nico Hülkenberg is pumped and ready for his first Grand Prix with Renault Sport Formula One Team. The German driver is already in Australia awaiting the first practice session of the season in just two days’ time and he can’t wait to go racing!

What’s your feeling heading to the first race of the season?
I love going to Australia and to Melbourne. I’m supercomfortable there as it’s a wonderful place with great people and there’s a very relaxed atmosphere. Albert Park itself is just beautiful, especially when you drive into the track in the morning and see that it’s packed with fans – you get so much support there. It’s great to see so many people come and watch what we do.

New season, new regulations, new cars, new team – what are your expectations?
There’s a lot that’s new, but the game is still the same. I feel happy in my new home and there was a lot to learn over testing, whether it be new names and faces or a new steering wheel, but everything has been positive. Importantly, the new cars are bloody fast and a lot of fun! The first race of the season is going to be very exciting. The cars are like driving a very fast and spectacular rollercoaster and it’s a lot more demanding than before, now you have to wrestle these cars! The tyres allow you to push harder every lap, so you can exploit and be on the limit, it’s a lot more work and a lot more demanding. In terms of performance I see us in the midfield at the moment but the pace is good and from here we can improve step by step and work our way up. It’s going to be a tough fight as there are some very fast and well established teams currently ahead of us, but we have everything we need to fight for points. It should be a good season.

What’s Albert Park like as a track to race?
The track itself is pretty cool, nice and challenging, and it’s always the kick-off for the season and everyone’s very excited to go and find out how the new cars are like to race. It’s going to be faster so that’s going to be an interesting aspect which is good for the drivers, but also great for the crowds too as they will be able to see with their bare eyes the difference from last year. Sector two is probably my favourite part of the track after turns 3-4 there’s the very quick right-hander where it is very narrow on the exit and there’s no run-off area, then the following right hander also is bumpy on entry, underneath trees, with some nice kerbs, then into sector three is a very quick left hander which is pretty exciting too. It’s a great track to race with some pretty fast sections even though it’s a street course. You have a real feeling of being in the park when you go under the trees and there are some night technical challenges to catch out the unwary.

Any difference in approach for your first race of the season?
Once you’re sat in the car, on the grid and watching the lights, it’s business as usual. Bring it on!