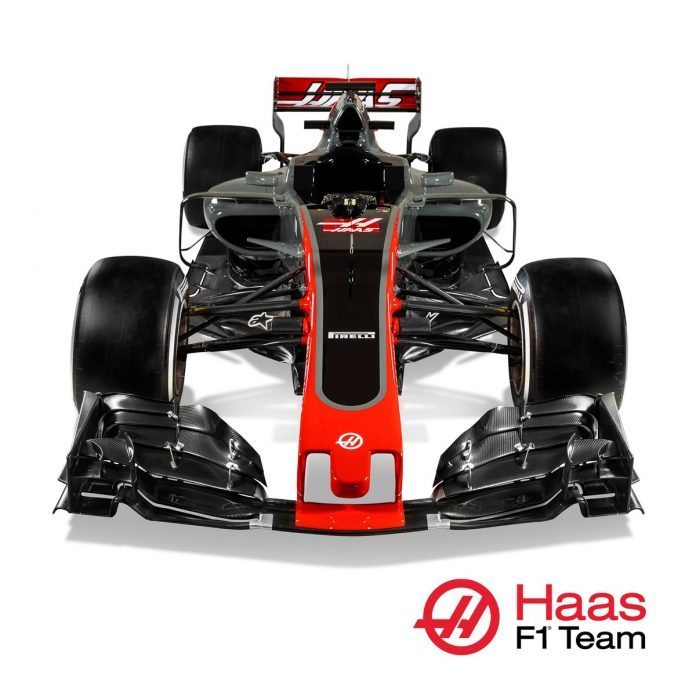 Red Bull Racing wasn’t the only team to launch their new car here at the Barcelona Circuit in Spain on Sunday with the all American HaasF1 team proudly revealing the car that they are hoping will propel them a little further up the grid this season, the VF-17.

The VF-17 follows the team’s very first car, the VF-16, which carried them to an eighth-place finish in the 2016 constructor standings. Twenty-nine points were scored by the VF-16 during Haas F1 Team’s inaugural season, the largest points haul of any new Formula One team in this millennium.

Incorporating “VF” into the name of the car is a nod to the history of Haas Automation, the team’s title sponsor. The first CNC machine manufactured by Haas Automation was the VF-1 in 1988. The “V” stands for vertical, which is an industry standard designation for a vertical mill. Gene Haas, founder of Haas Automation, added “F1” to the name to unofficially designate it as the company’s “Very First One”.

The colors from the original car were carried over to the VF-17, but the overall scheme is different. A dark gray makes up the majority of the livery, with tones of red, black, white and light gray incorporating the look of Haas Automation’s complete line of vertical and horizontal machining centers, turning centers and rotary tables and indexers. Approximately 1,300 employees encompass Haas Automation, with the Oxnard, California-based company exporting its machines to more than 60 countries. The VF-17 showcases Haas Automation’s commitment to technology and innovation to a passionate, global audience.