After a dominating performance by Charles Leclerc and Ferrari throughout the free practice and qualifying sessions, we saw Leclerc once again in pole position for the F1 2019 Russian Grand Prix at the Sochi Autodrom. Could Ferrari make it four from four after an amazing race in Singapore last week, or would their team tactics crumble mid-race?

We saw one of the most interesting starts to a race at this year’s Russian Grand Prix with the driver in pole position having a horrible start, giving Lewis Hamilton and Sebastian Vettel the chance to overtake. It wasn’t long however until Leclerc got back into second place, giving Ferrari the dominant start that they are getting used to throughout the summer season. 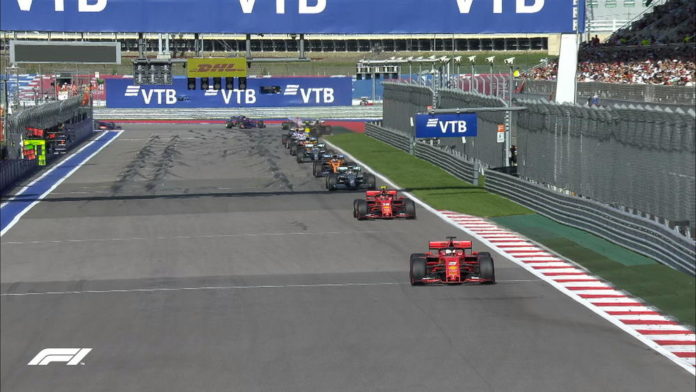 This is where Ferrari came unstuck as their tactics didn’t play out exactly how they were expecting.

Vettel was given a message to allow Leclerc to overtake him and gain the lead of the race, but Vettel was in no mood for slowing down. A clear two seconds in front, Vettel steamed ahead and refused to give up his precious lead that he had greatly enjoyed in his victory last week in Singapore.

The Ferrari team pressured Vettel again to allow Leclerc to overtake, but the gap was too much and Vettel disagreed with his team. Leclerc pitted early giving him fresh new tires, while Vettel stayed out for a few more laps. When it was Vettel’s time to pit, Leclerc had caught him and would overtake him while he was in the pit lane, and this is where things took a horrible turn for Ferrari.

As Vettel exited from the pit lane and began to warm up his car again, he noticed there was something very wrong. It would be Vettel’s first DNF of the season as he pulled safely into what he thought was a zone that would not call for the safety car, but the FIA immediately ordered a safety car, which played perfectly into the hands of Mercedes. It would be the Silver Bullets’ day once again at the F1 2019 Russian Grand Prix, with Lewis Hamilton taking out yet another race win and Bottas comfortably fending off Leclerc to take second.

See Vettel positioning his car in a safe zone for his first DNF of 2019: 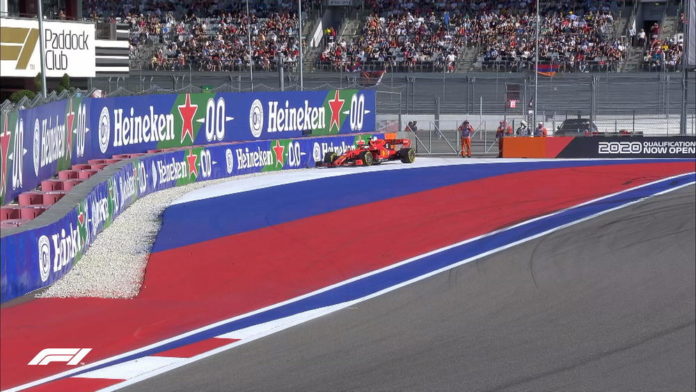 With five DNF’s at this year’s Russian Grand Prix including Sebastian Vettel, both Williams cars, Aussie Daniel Ricciardo and Romain Grosjean who were both caught up in a crash in on turn 4 of the first lap, the middle order had plenty of action to keep our attention away from the drama happening at the front of the race. A notable mention to Red Bull’s Max Verstappen for quietly and comfortably finishing 4th without any incidents in what was a race full of heated antics. Check it all out in the full race highlights below. 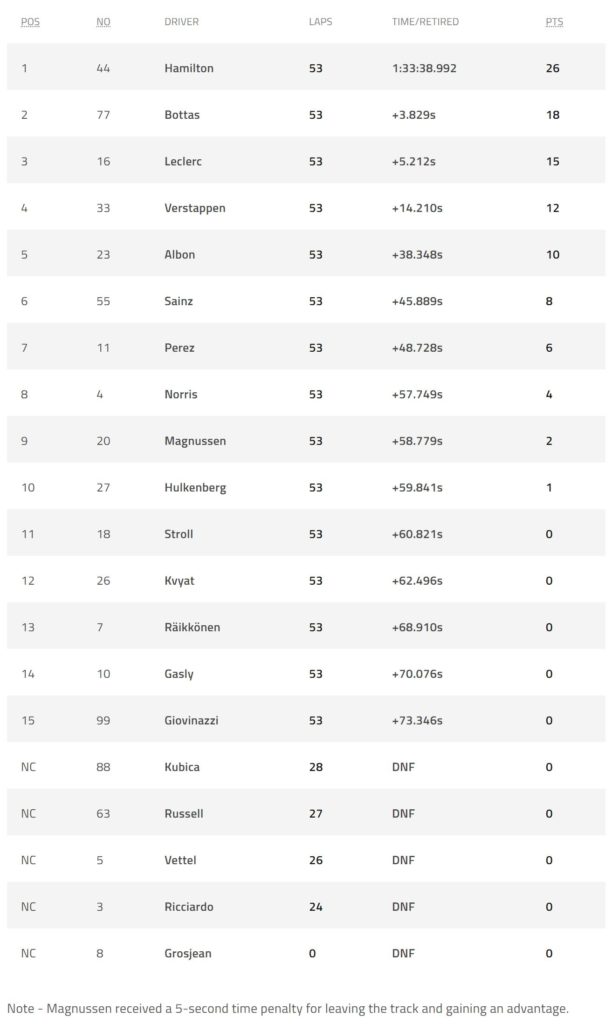 As we look towards the end of the F1 2019 calendar, the next race is at the renowned Suzuka Circuit in Japan. Can Ferrari make a dent on the firm Mercedes lead by the end of the season? Find out as we continue our F1 2019 coverage.