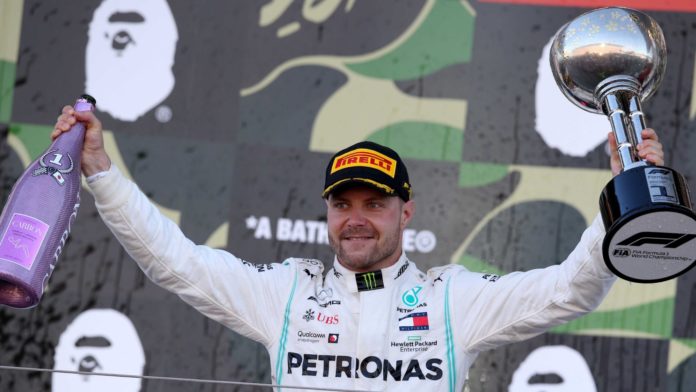 With Typhoon Hagibis causing deadly floods and landslides across Japan, the FIA was forced to postpone qualifying to race day, which meant today had plenty of action on the track at the Suzuka Circuit for the F1 2019 Japanese Grand Prix. Ferrari once again locked in a 1 and 2 position on the grid with Vettel leading as the lights went out, but as usual the race quickly became a tale of three teams as Mercedes and Red Bull were quick off the mark.

Valtteri Bottas had best start of his season, jumping from 3rd to 1st past Leclerc and Vettel before turn 1, which must have shocked Charles Leclerc as he soon found himself colliding with Red Bull’s Max Verstappen, pushing Verstappen off the track and to the back of the pack. Verstappen was very disappointed on the team radio and increasingly critical of Lerclerc’s actions post-race, however the FIA stewards decided there was no need to review the collision. To add insult to injury, just 15 laps later Max was forced to retire while Leclerc had pitted with minimal damage and was already working his way back up the order. 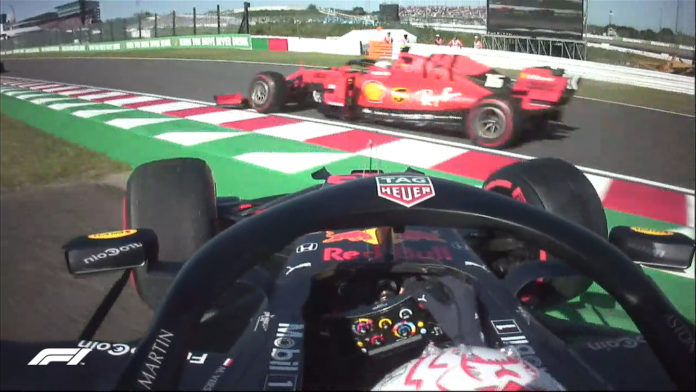 By lap 35, Leclerc had already worked his way back up to 6th place, and meanwhile at the front of the race the Mercedes team were busy working out how best to stay in front of Vettel. Hamilton pitted in lap 43 costing him the lead, however the move gave Bottas a clear victory, meaning the Mercedes team would be crowned the Constructor Champions at the conclusion of the F1 2019 Japanese Grand Prix. Lewis Hamilton returned to the track just shy of Sebastian Vettel and applied an enormous amount of pressure attempting to overtake him as they worked their way lapping the lower order.

The final lap saw Sergio Perez crash out on turn 2, losing a potential championship point as he was clipped by Pierre Gasly on the same corner that Leclerc and Verstappen collided in the first lap, but today’s story was about the top three as Bottas claimed victory at the F1 2019 Japanese Grand Prix, with Vettel and Hamilton arriving at the finishing line 11 seconds later, with Lewis taking the fastest lap of the race. 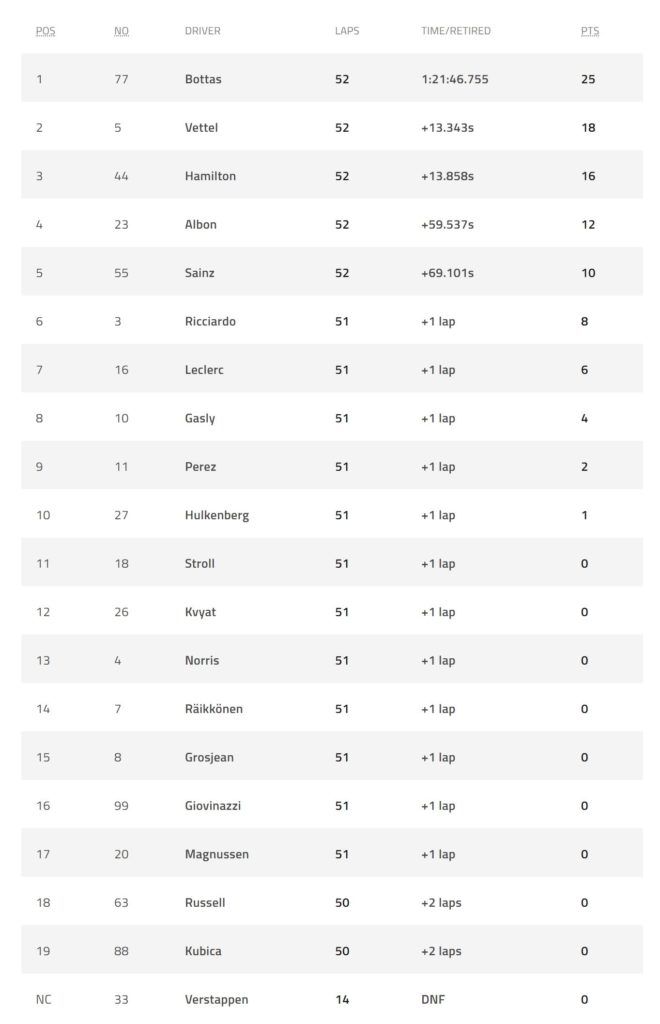 Charles Leclerc thought he was in the clear at the end of today’s race, however the FIA race stewards decided to investigate the start of his race further which ended up costing him two penalties and one position, dropping to P7. Leclerc received a 5 second time penalty for his collision with Verstappen, and another 10 second time penalty for not pitting when parts of his vehicle were falling off during the second lap, with one part even damaging Lewis Hamilton’s car. Leclerc only pitted after lap 3 when the race director called the Ferrari team directly, ordering him to pit for safety reasons. 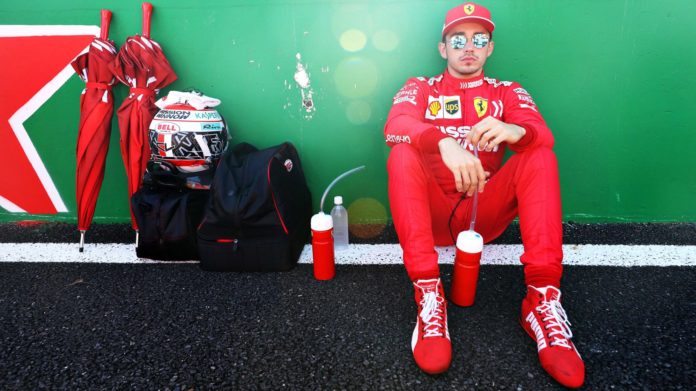 2019 marks six consecutive Constructor World Championships for Team Mercedes, which is a new record, and furthermore they have now guaranteed the Driver Championship for the 2019 calendar, however Bottas can still catch Hamilton, so as the Formula 1 carnival heads to the American continents for the next four events, the race is on.