After the short summer break, we’re back with the 2019 Belgian Grand Prix at Circuit de Spa-Francorchamps (or Spa for short), and what an emotional weekend it was.

With Ferrari dominating through the practice sessions, they qualified one and two in a grid lockout with Charles Leclerc taking pole position, but it was the devastating news out of the F2 race which had everyone’s attention with a disastrous collision out of the infamous Raidillion Eau Rouge corner which left Anthoine Hubert dead after his vehicle was split in two.

As we all mourn the loss of a 22-year-old up-and-comer, watch the official Anthoine Hubert tribute video ‘A Special Talent’ on the Formula 1 website.

With the incident in the back of all of the F1 racers’ minds, it was lights out overnight in the F1 2019 Belgian Grand Prix.

The first corner saw Red Bull’s Max Verstappen caught with nowhere to go, colliding with Alpha Romeo’s Kimi Raikkonen and destroying his steering, putting Max out of the race as quickly as it had started. Raikkonen never really recovered, finishing second last. 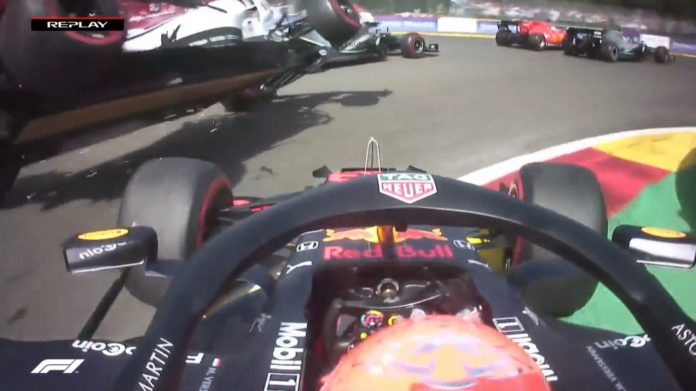 Today would finally be Charles Leclerc’s day however, as he took out his first ever Formula 1 Grand Prix win. While the Mercedes team was able to surpass Sebastian Vettel over the course of the race, nobody could catch Leclerc in what has become a very memorable race weekend. Leclerc had the following to say after the race:

“Since I was a child I’ve been looking up to Formula 1, dreaming to be first a Formula 1 driver, which happened last year, then driving for Ferrari this year, and then the first win today.

“It’s a good day, but on the other hand, as I said, losing Anthoine yesterday brings me back to 2005, my first ever French championship. There was him, Esteban [Ocon], Pierre [Gasly] and myself. We were four kids that were dreaming of Formula 1. We grew up in karting for many, many years, and to lose him yesterday was a big shock for me but obviously for everyone in motorsport, so it was a very sad day.” 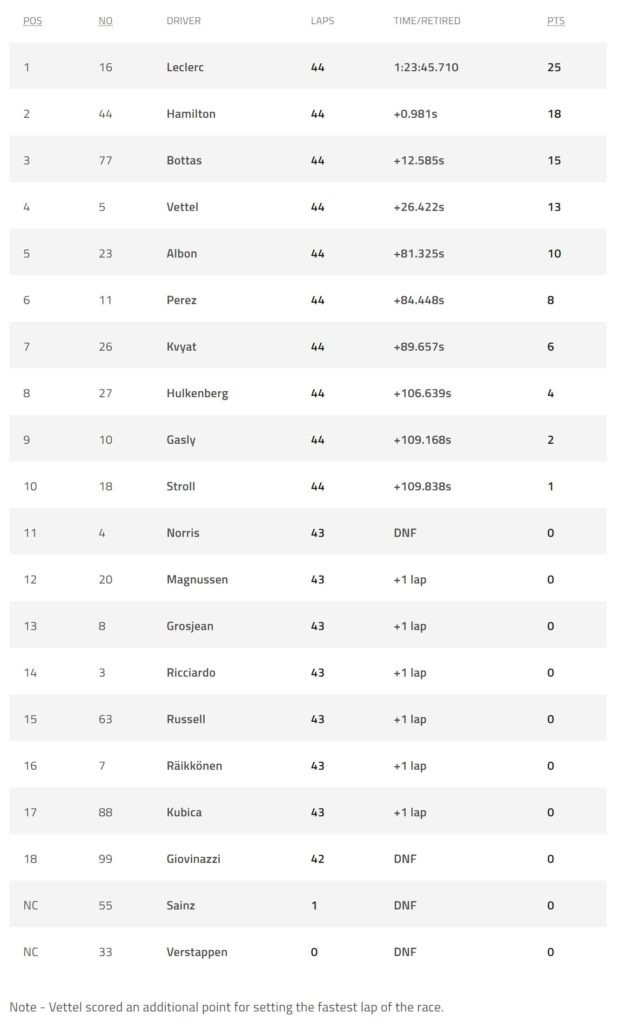 That’s a wrap for the F1 2019 Belgian Grand Prix. What was your favourite moment? Let us know on our social media channels. Next week we head to Monza for the Italian Grand Prix so stay tuned to Zero Throttle for all of your Formula 1 highlights.

Riccardo remaining with Renault for 2020

Williams Family To Step Away From Formula One

Kimi Raikkonen uncertain about his future