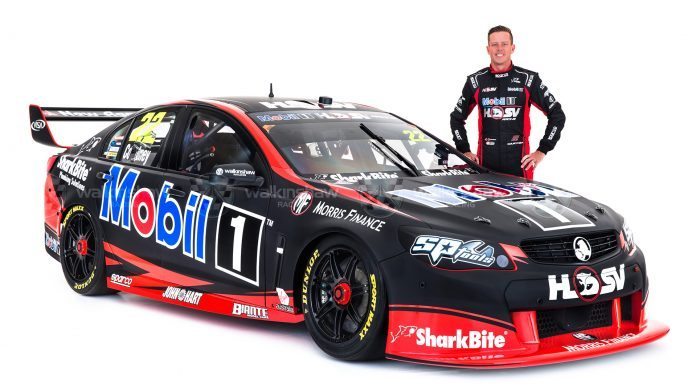 Even though their new name and new look has only just been revealed, Mobil 1 HSV Racing, formerly known as Walkinshaw Racing, announced their strong driver line-up including James Courtney and Scott Pye late last year.

“It’s going to be a huge year for Mobil 1 HSV Racing. I have seen how deep the passion for this team runs in our supporters, our partners, and our crew, and it feels really good to be part of that environment,” he said.

Walkinshaw veteran and 2010 Supercars Championship winner James Courtney is entering his seventh year with the team and said the dedication and passion of the Walkinshaw fans is a significant part of why he loves the Walkinshaw team.

“Our fans have such a strong connection with us that it doesn’t matter whether we carry a new name or wear different colours, they know our goal is to win races,” James said. “It’s their team, it’s their journey and I want to be bringing that team back to the glory days. This has been my home for so long and I can’t wait to give our loyal supporters who have stood by us something to cheer about this season.”

Added to their regular duo, returning for the endurance season are Jack Perkins, who will team up with Courtney for a third consecutive year, and Warren Luff who will pair with Pye for the first time.