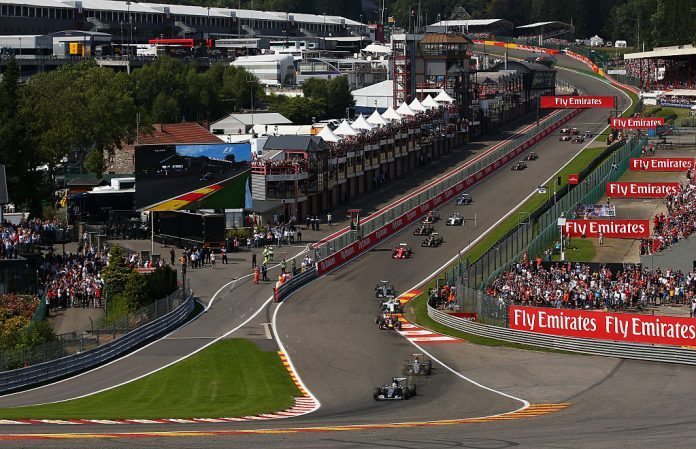 A lap around Spa.

You start off with the hairpin at La Source. It’s a very low-speed corner. You need a good exit to go flat out up to Eau Rogue and then you’re on to turn five, the first right-left corner. That’s normally in fourth gear. Turn seven is quite good fun. It’s a high-speed corner going down. Then you’ve got turn eight with tricky braking. You need to be well positioned on the right hand side of the exit for turn nine.

Then you’re downhill again massively to the double-left turns 10 and 11 – the fastest corner of the circuit. Then it’s on to the second right-to-left corner, carrying a bit more speed than you did into (turns) five and six.

The next double right hander is very important to go to the backstraight, which is very long. You then go through the Bus Stop chicane – you need big braking. Then you have a very tricky low-speed corner, where the exit and the traction are tricky. It’s very difficult. If you get it right, you get a good lap time.