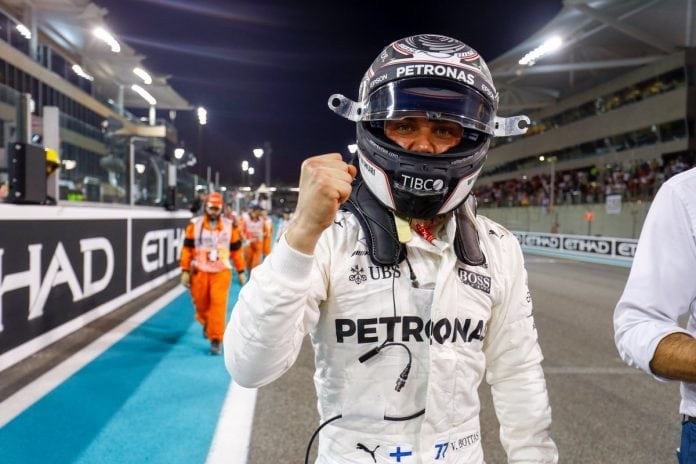 Valtteri Bottas’ bad luck has left him off the pace of Mercedes teammate Lewis Hamilton in the early stages of the 2018 season. The Finn arrived at the team to replace 2016 Drivers’ Championship winner Nico Rosberg last term and impressed with a solid run of form, although he was not able to manage a challenge for the crown, finishing in third place behind Hamilton and Sebastian Vettel.

The 28-year-old would have been hopeful of producing a better effort given the strength of his Mercedes vehicle. Although Bottas has been fairly consistent, he finds himself trailing Hamilton by a considerable margin and is in desperate need of his first win of the campaign to kickstart a surge. His challenge is highlighted in the latest F1 betting odds which back the Finn at odds of 33/1 to win the Drivers’ Championship, well behind the rest of the leading contenders in the field.

Bottas found a run of form at the end of the 2017 campaign, finishing second twice and winning the Abu Dhabi Grand Prix to end his first term at Mercedes on a high note. It appeared to echo shades of Rosberg towards the end of the 2015 season when he won the final three races of the year. He used that momentum to dominate the early stages of the 2016 season and his imperious form in those races allowed him to beat out Hamilton by five points to claim the crown.

It was not the case for the Finn, who endured a nightmare start to his term even before the Australian Grand Prix began as he crashed out in the third stage of qualifying. He started 10th on the grid and could only move up two places to finish in eighth. Bottas bounced back with a strong performance throughout the weekend in Bahrain, which resulted in a second-place finish narrowly off the pace of Vettel who claimed the victory.

The 28-year-old put forward another strong week in China and he was able to see off the threat of both Ferraris ahead of him on the grid. However, Daniel Ricciardo had the speed to defeat Bottas, finishing eight seconds ahead of the Mercedes. Results such as those cannot happen for the Finn to challenge the leading contenders for the crown as Hamilton and Vettel do not slip up too often.

His next outing in Azerbaijan looked to be his breakthrough as Bottas led the meet heading into the closing stages. However, a huge moment of misfortune befell the Finn as he suffered a puncture three laps from the end of the Grand Prix, missing out on his first triumph of the campaign. He did not allow the setback to deter him in the Spanish Grand Prix, maintaining his impressive form on the track.

Monaco yielded another solid outing from the Finn, although he was unable to clinch a place on the podium. Bottas has been consistent this term and only his misfortune in Azerbaijan has prevented him from making a dangerous threat to Hamilton and Vettel at the top of the standings. Should he maintain his form, he could come into contention as luck balances out over the course of the term.