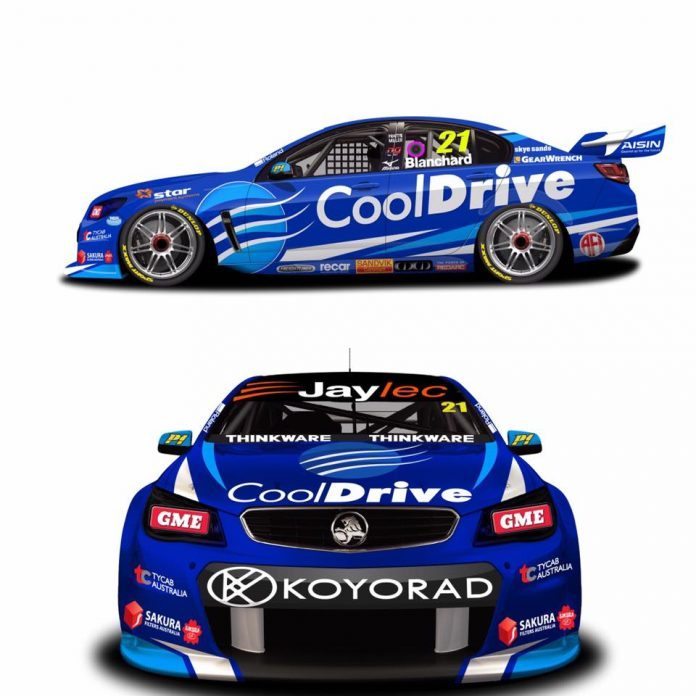 While Blanchard is still officially part of Brad Jones Racing, he will be racing under the former Super Black Racing REC that his family purchased last year.

“It is quite a bit different to the liveries of the past 2 seasons, so to start the season with a fresh look is exciting,” Tim said. “The livery also pays tribute to the 40th Anniversary milestone that CoolDrive achieves later this year. CoolDrive are arranging some cool promotions throughout the year to celebrate the achievement.”

The Team CoolDrive Commodore will be out on track for all to see at the upcoming Supercar test day tgo be held at Sydney Motorsport Park on February 21.