This coming weekend’s Australian Grand Prix will be the is is the 33rd Australian Grand Prix, the 22nd to be held at the Albert Park circuit in Melbourne. Prior to that it was held on the Adelaide Street Circuit, which was won by Keke Rosberg, father of reigning Formula One champion Nico Rosberg. I Since moving to Albert park it hosted the opening round all bar twice, once when the Commonwealth Games were on at the time of the season opening event in 2006, and again in 2010 when it was the second round.
As such it holds the record for the most common opening venue, ahead of Monte Carlo.  It was also the host to the 500th Grand Prix back in 1990. Predecessor Adelaide, played host to the final race of the season 11 times, but only twice was the championship decided there, in 1986 when Alain Prost beat Nigel Mansell and Nelson Piquet to the title, and in 1994 when Schumacher claimed the title after bundling out Damon Hill.

Speaking of Michael Schumacher, he holds the race lap record at Albert Park Circuit with a 1:24.125, set in 2004 with Scuderia Ferrari while Sebastian Vettel holds the qualifying lap record of 1:23.529, set in 2011 with Red Bull in Q3. However, due to the changes in regulations this year, we can expect to see both those records fall during the course of the weekend.

Australia has had 14 drivers who have started a Grand Prix, but only six of those have scored points (Daniel Ricciardo, Mark Webber, Jack Brabham, Dave Walker, Tim Schenken and Alan Jones) of whom Brabham and Jones were winners and World Champions. Ricciardo and Webber have both won races, but no championships, yet. Of those 14 drivers, only Jones, Brabham, Webber and Ricciardo have raced since it became an official  round of the Formula One World Championship in 1985, Derpite Danile Ricciardo finishing second here in 2014, he was later disqualified for a fuel irregularity, meaning that not one Australian driver has finished in the top three at their home Grand Prix.

The McLaren team has won the Australian Grand Prix on twelve occasions, Ferrari ten, Williams six, Mercedes 3, Renault 2 and Benetton once. McLaren have had two one-twos in Australia, including 1998 when there was just 0.7s between the two drivers, with Ferrari also on two and Williams with just one to its credit.

In terms of drivers, Berger, Hill, Prost, Coulthard, Raikkonen, Hamilton, Rosberg and Senna have all won it twice. Senna won it from pole position each time and once flag to flag. He was on pole six times, four times in succession. Berger's win in 1987 was flag to flag from pole position with fastest lap. Hakkinen won it from pole with fastest lap in 1998, and Jenson Button has won it three times, but it’s Michael Schumacher that holds the record here with four Australian race wins to his credit. 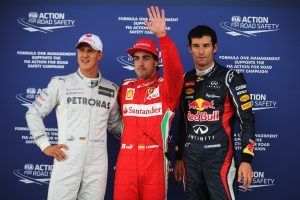 On thirteen different occasions, the driver that won the Australian Grand Prix went on to win the title, including last year when it was Nico Rosberg on the top step of the rostrum in the season opener and the one holding the 2016 crown at the season ending Abu Dhabi GP.

Damon Hill, meanwhile, is still sorely missed here. His achievements are particularly impressive, even if he did get knocked out of the race when contending the 1994 championship. In 1995, he won from pole with the fastest lap and by more than two laps from Olivier Panis. It was only the second time in the history of Grand Prix racing that there had been a winning margin of two laps. But he went on to win the opening race of 1996, which was also the Australian Grand Prix, this time at Melbourne, and these two wins were then followed up by another four wins by Williams, making a total of six successive victories. In that opening race of 1996, Jacques Villeneuve was on pole for what was his first Grand Prix and he set the fastest lap of the race.

The 1988 Grand Prix marked the last victory by a turbo-engine car, Alain Prost's McLaren-Honda turbo. The 1998 event marked the first win for Bridgestone. The race has been stopped a number of times. It was stopped twice in 1989, once at the start after two laps because of an accident and the other time at the end when rain caused the race to be shortened after two hours and 70 of the 81 laps had been run. It was also stopped in 1996, the first race at Melbourne, when Martin Brundle crashed heavily in a pile-up on the first lap, but of course it was restarted.

It was also stopped in 1991 after 14 laps because of rain, making it famous as the shortest Grand Prix ever in terms of distance (52.920 kms/32.883 miles) and time (24m 34.899s) but not in terms of laps, because the German Grand Prix around the 22 km long Nurburgring was often shorter at 12 laps. Incidentally, in spite of those weather conditions, there were 19 classified finishers, which is equal to the fifth largest number of classified finishers ever.

Eddie Irvine won here in 1999, his first ever victory, he finished two other times in the points and has retired six times. Rubens Barrichello's history is mixed with a storming drive to fifth in 1999 for the Stewart outfit from the back of the grid, preceded by four retirements.

45% of the time if a driver has started from pole position here, he has gone on to win the race and nine of the 21 races held at Albert Park have been won from P1 on the grid, but last year wasn’t one of them with Lewis Hamilton taking pole and his teammate, Nico Rosberg, taking the win. .

This year will see a host of rule and regulations changes with wider tyres and the return of aero tweaks such as the shark fin. We will see Lewis Hamilton vying for his fourth title and third win around Albert Park as all eyes will be on his new teammate, Valtteri Bottas and how he measures up against the British champion. We will also see the one rookie, Lance Stroll, who will be racing for Williams alongside Felipe Massa, who actually retired at the end of 2016 but returned to take the place of Valtteri Bottas when he made the move to Mercedes. 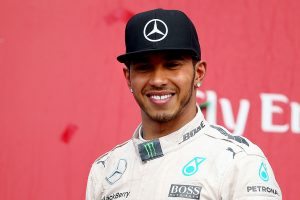 If anything can be taken from testing times, it looks as if this will be the closest season we have seen in a long time with Mercedes Red Bull and Ferrari all putting in some very strong and reliable times. Sadly for the McLaren Honda team, if they finish the race itself it will be nothing short of a miracle after continual reliability issues throughout their 8 testing days in Spain.

This will also be the first year since 2000 when we won’t be seeing Jenson Button on the grid after he retired from the sport at the end of last season. Nico Rosberg, the defending world champion, will also be absent after announcing his retirement the day after claiming his maiden title. 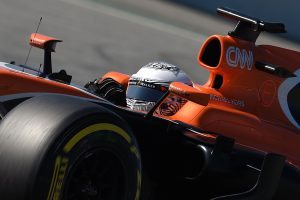 One thing is for sure, this weekend will deliver some thrilling and close racing as drivers come to grips with the new tyres and new physical demands the cars will produce over a race distance, so stay tuned, we will bring you all the news right from the paddock as it happens!