The new Team Vortex contender for the upcoming 2017 Supercars Championship will be unveiled tomorrow morning.

Craig Lowndes, the only driver racing for the team, which is an extended arm of the Triple Eight Engineering, Red Bull racing Holden team, will be in attendance to officially take the wraps off the car he is hoping will see him fight for victories on a regular basis this season.

“Looking forward to pulling the cover off my beast tomorrow morning,” Craig said on Facebook with the teaser pic below attached. 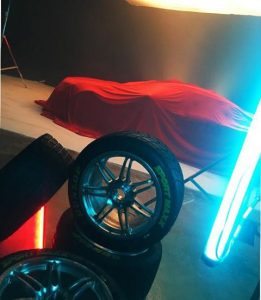 We wish Lowndsey all the best in the 2017 season and hope he finds his way to the top step of the rostrum as often as possible!